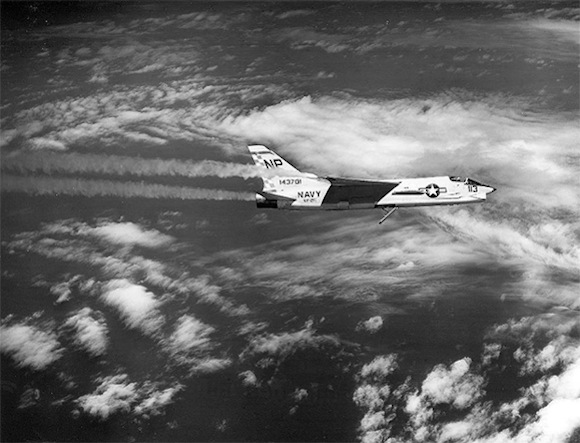 On July 26, 1959, William Rankin was flying from Naval Air Station South Weymouth, Massachusetts to Marine Corps Air Station Beaufort in South Carolina. He climbed over a thunderhead that peaked at 45,000 feet (13,716 m), then—at 47,000 feet (14,326 m) and at mach 0.82—he heard a loud bump and rumble from the engine. The engine stopped, and a fire warning light flashed. He pulled the lever to deploy auxiliary power, and it broke off in his hand. Though not wearing a pressure suit, at 6:00 pm he ejected into the −50 °C air. He suffered immediate frostbite, and decompression caused his eyes, ears, nose, and mouth to bleed. His abdomen swelled severely. He did, however, manage to make use of his emergency oxygen supply.

Five minutes after he abandoned the plane, his parachute hadn’t opened. While in the upper regions of the thunderstorm, with near-zero visibility, the parachute opened. After ten minutes, Rankin was still aloft, carried by updrafts and getting hit by hailstones. Violent spinning and pounding caused him to vomit. Lightning appeared, which he described as blue blades several feet thick, and thunder that he could feel. The rain forced him to hold his breath to keep from drowning. One lightning bolt lit up the parachute, making Rankin believe he had died. Conditions calmed, and he descended into a forest. His watch read 6:40 pm. He searched for help and eventually was admitted into a hospital at Ahoskie, North Carolina. He suffered from frostbite, welts, bruises, and severe decompression.