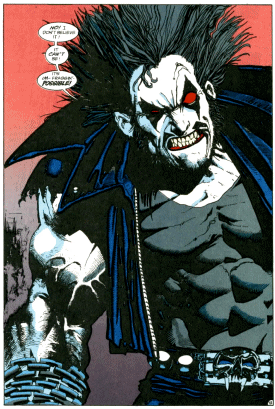 Do you remember Lobo, the extremely violent character and comic book from DC Comics? He was extremely popular for a few years in the early 1990s with comics that were over-the-top in violence, to the point of just being redundant. Anyway, Warner Bros. may finally be moving forward with a long-in-gestation film adaptation. Lobo is an intergalactic bounty hunter who… Read More »O Filme do Lobo pode se tornar realidade